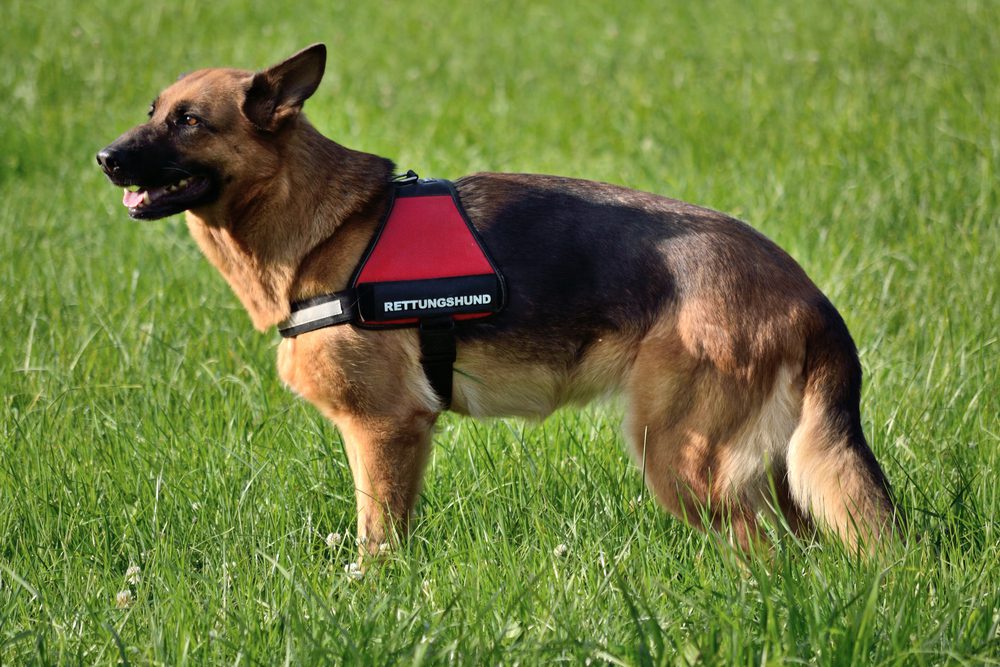 What Is a Service Dog?

According to the Americans with Disabilities Act (ADA), a service dog is a dog that helps people with a specific task. So, while having a dog know how to “sit” or “spin” is fun, that won’t qualify as a service animal. It needs to help you with a task that you’re otherwise limited in.

One example is something as simple as remembering to take your medication at a specific time. If the dog is trained to remind you, or brings the medication to you, that qualifies as a service dog.

Additionally, service dogs and emotional support animals (ESAs) are different. ESAs don’t require training, but they do follow similar rules and regulations; you just need to prove that there is a mental health issue instead of a physical one.

Knowing about service dogs is a great start, but there are some important pieces of legislation you should be aware of. We’ll dive into the three that are the most significant.

First and foremost, we’re going to start the Fair Housing Act. The FHA outlines a few rules that landlords need to follow when working with tenants that have service dogs, ESAs, and other service animals.

The law permits you to have the dog in your residence, even if the landlord doesn’t allow traditional pets for tenants. When it comes to the FHA, always make sure you have identification for your animal.

Like the FHA, the Air Carrier Access Act (AACA) gives people with disabilities the right to bring service animals onto planes. While there are some size restrictions, most airlines have guidelines listed on their website, if they have any.

When it comes to airline travel, always make sure you have your paperwork, and it’s a good idea to send the company a copy before arriving at the terminal.

The Americans with Disabilities Act was passed in 1990 and has helped people with disabilities obtain more rights, especially when referring to service animals. The act covers what service animals are, how they have to be trained, and more.

While diving into the laws can seem intimidating, knowing a little bit about how each one protects you or a loved one makes the process of registering a service dog easier. Additionally, you’ll be better equipped to handle situations or questions anyone asks you.

Traits of a German Shepherd

German shepherds are fun animals with aloof personalities. This means that every dog is unique in its own way. As a purebred dog, though, their personality is a little more predictable.

We’re going to take you through their temperament, appearance, and responsiveness to training, so you know what you’re getting yourself into.

German shepherds vary in size but not by much. The average German shepherd weighs between 75 and 100 pounds and has an average height of about 25 inches. Their coats are a blend of black and brown, but the pattern differs depending on the dog. Unfortunately, this coat sheds quite a bit.

German shepherds also have long snouts and pointy ears, almost resembling perfect, fluffy triangles. While their build doesn’t look muscular, they’re strong dogs that can pull you around if given enough slack on a leash. Still, we think they’re one of the best-looking dogs.

As for their temperament, German shepherds vary. It depends on how they’re trained as puppies, which is why you’ll see German shepherds doing many different things. For example, they’re used as police dogs, guide dogs, guard dogs, soldiers, and more. This makes German shepherds one of the most flexible breeds.

With that said, they can also be fun and playful. It depends on their level of training and how much energy they have. The good news is that they’re also easy to train as service dogs. While they might get distracted by wanting to play from time to time, these habits can be shaken quickly.

German shepherds are one of the easiest breeds to train. They’re on the more intelligent side of the dog spectrum, which is one of the many reasons why they’re so good as service dogs.

As puppies, they’re impressionable dogs. You’ll have no trouble teaching them commands like “sit,” “come,” “go,” “down,” and more. This makes them easy to train as service dogs, even for challenging tasks.

Overall, German shepherds are one of the easiest dog breeds to work with. As long as you begin working with them at a young age, they can be trained to complete just about any task – within their power at least.

You’ll commonly see German shepherds performing tasks for service, work, or in the armed forces. While the breed is a top pick among those industries, how do they perform as service dogs?

German shepherds are one of the top picks for service dogs. According to Jennifer Coates, a certified Doctor of Veterinary Medicine, German shepherds have an advantage over other breeds when it comes to service. This is because the German shepherd breed was bred for working instead of looks.

While all dogs can be trained to some degree, German shepherds have been bred throughout history to function in society, and complete jobs or tasks. Compared to other dogs, German shepherds already have a head start.

This doesn’t mean that show dogs and other breeds can’t function as service dogs; it just means that you’ll have an easier time training a German shepherd.

While German shepherds are all one breed, there are many bloodlines. These bloodlines developed across Germany and were bred to complete different tasks. This means that you have to consider where your German shepherd is from when evaluating its status as a service animal.

There is no need to panic if you don’t know the bloodline of your German shepherd. The good news is that most German shepherds are trainable and better suited as service animals than other breeds.

If you or a loved one is suffering from a disability, a service dog can make an immediate impact. These furry companions can help you complete tasks, get you out of sticky situations, and even remind you to take your medication.

If you have a German shepherd, you’re in luck. German shepherds are one of our favorite choices when it comes to service dogs because of their trainable nature and calm demeanor.