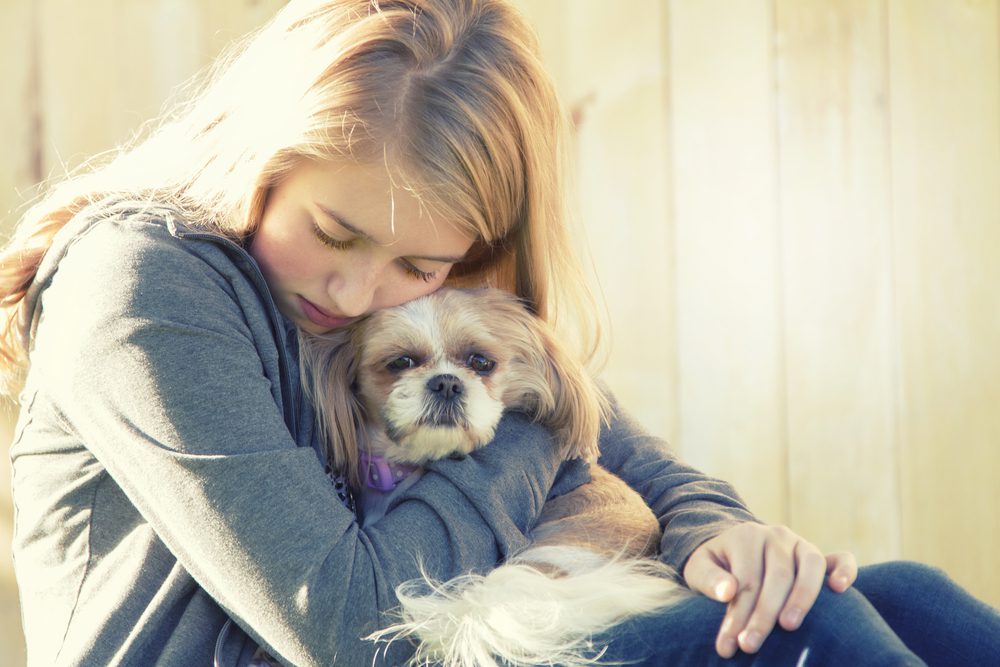 Whether it’s a paw on your leg when you’re crying or the simple act of close companionship when you’re in a depressed mood, you are likely to have noticed your dog’s ability to pick up on your general emotions and act accordingly. And while some may just assume that this is coincidental or that your dog is taking subconscious clues from you, more studies suggest that dogs can actually sense your emotions.

Over recent years, several different research efforts have attempted to find a connection between dogs and their ability to sense sadness in their owners. The general conclusion from most of these studies is that, yes, dogs can likely sense sadness, but more research is required.

Our article breaks down some of these studies for you and gives you essential information in understanding your dog’s capacity for empathy.

The Emotional Bond Between Humans and Dogs 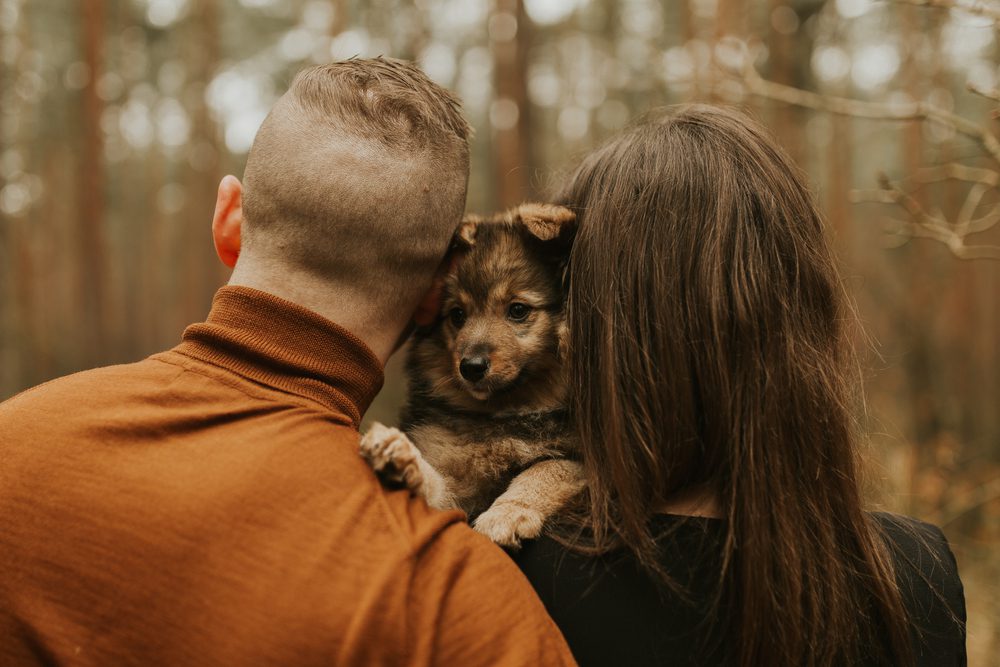 No pet owner can deny that it sometimes seems like their dog senses their every mood and acts accordingly. In fact, these emotional bonds between humans and dogs can be quite strong, as evidenced by the numerous stories of dogs savings humans and vice versa.

Historically, dogs have been honored and recognized for their bravery and dedication to their humans and credited with the rescue of both adults and children, whether they were trained for the task or not.

These behaviors are what make many individuals strongly believe that dogs are empathetic and can sense when humans are upset or need help. These instances of strong emotional bonds between humans and dogs are also what scientists aim to study most of the time when trying to figure out if dogs can sense sadness or other emotions.

Several popular studies have been conducted to determine the range of a dog’s emotional capacity and their intelligence in recognizing emotions in humans. We discuss some of the most popular research efforts below to give you the best proof that dogs can sense sadness and may even be driven to action by the emotions they perceive from humans.

Science Says: Dogs Can Sense Our Emotions, Including Sadness

The studies we discuss below are all centered around determining if a dog can sense certain emotions or facial expressions in their owner or another human and what the dog’s actions are when they do detect an unpleasant emotion, such as sadness or anger. We give a brief explanation of each study and summarize the conclusions of the research for you for the sake of easy reading.

Study One: The Crying Test

This was a study published in 2018 in the journal Learning & Behavior. It details how, when presented with a crying owner, dogs either become distressed to the point where they cannot act to help their owner or start attempting to open a glass door that stands between them and their owner. In most of these cases, the dogs showed submissive body language, such as ears and tail down, while some approached their owners with alert or playful behavior. A short clip of the study can be viewed here.

The conclusions from this research proved that not only did dogs seem to recognize distressed or upset human emotions, but that they also wanted to be able to do something about these emotions, such as open the door and ‘rescue’ their owner. The dogs that were too stressed to move gives evidence that dogs can pick up on human emotions but sometimes aren’t sure how to behave or interpret their owner’s actions.

A study published in 2016 by the University of Lincoln suggests that dogs can interpret a human’s emotional state by using both visual and auditory clues. In this case, the study focused on seventeen domestic dogs, none of which had any prior training. Different combinations of audio clips and images that depicted either matching emotions (positive with positive or negative with negative) or conflicting emotions (positive with negative) were then played to the dogs. These images and sound clips were from unfamiliar subjects to prevent any recognition that the dogs may have of their owners or their general home life.

This research concluded that the dogs in the study spent a longer time looking at the facial expression image that matched the sound clip’s emotional state (positive/positive or negative/negative) than they did with clips that portrayed conflicting positive/negative emotions.

This behavior indicates that dogs have mental representations of emotional states and can get a general sense of when expressions match the sounds that they are receiving. This information allows the dog to act accordingly when they see their owner or another human displaying matching expressions and sounds; giving credit to the belief that dogs understand human emotions.

A study published in 2015 in Current Biology focused on training dogs to differentiate between negative or positive human facial expressions. Once the dogs had learned to differentiate between these expressions, they were split up into two groups; one group was shown the upper halves of faces while the others were shown the lower half. After being evaluated across four different criteria (more information on this can be found in the linked study), it was determined that the dogs could tell the difference between the expressions on the faces.

Researchers concluded from this study that the dogs used their stored knowledge and memories of human expressions to make these differentiations. This means that dogs can tell the difference between when humans are happy or sad and can store this information away for future interactions with their owner or other humans.

What Does This Mean for Dog Owners?

So, you’ve reviewed the proof, and you’re convinced that your dog has emotional intelligence – they can sense your sadness and happiness, interpret facial expressions and auditory clues, and understand when you may need their company or affection. But what does this mean for you and your dog?

For the most part, the emotional intelligence presented by your dog should be a major benefit for your relationship with them. As your dog senses your emotions and you sense theirs, you learn to read each other’s body language and can form a deeper bond. This bond can offer a number of benefits such as relief from negative emotions, support during moments of sadness and anxiety, and a source of happy emotions (as most pet owners will tell you, seeing their pet is the best part of their day!).

To deepen your bond even further with your pup, you can start to learn how to communicate more efficiently with them and may even want to begin a training regime, as this will encourage bonding time with your pet and allow you to spend dedicated time together each day.

How Your Dog’s Emotional Intelligence Can Be Beneficial 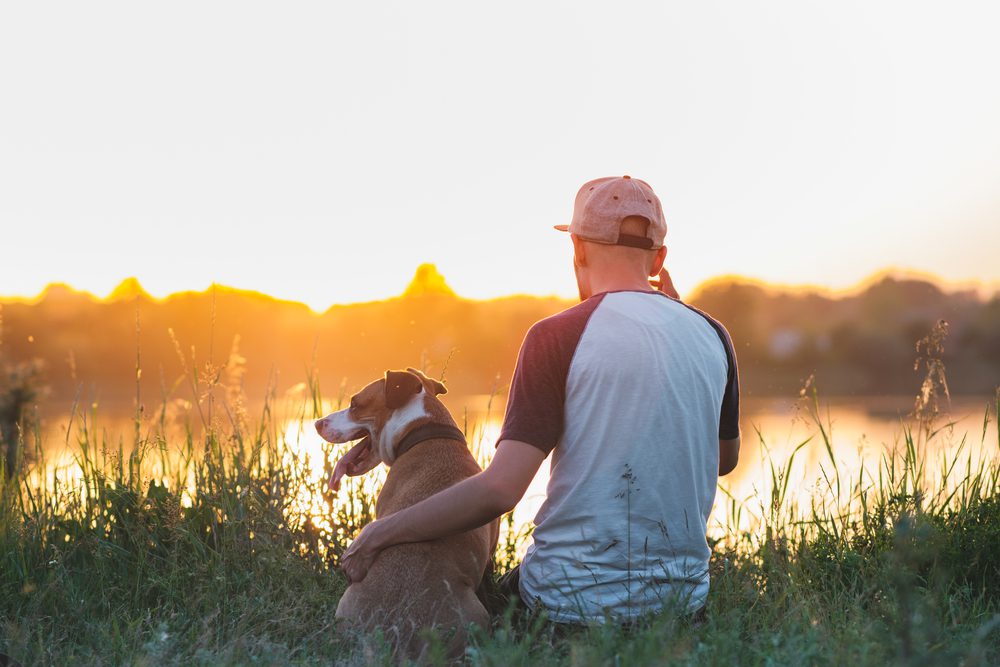 Emotional intelligence can be a helpful trait in both dogs and humans, but emotional intelligence is incredibly beneficial when it comes to your dog’s capacity for empathy and detecting emotions. Your dog’s natural ability to pick up emotions can be enhanced by training and expanded upon to teach your dog service animal skills.

The instinctive ways that your dog comforts you, distracts you from negative emotions, and works to help you during moments of distress can help them in becoming either an emotional support or a psychiatric service animal.

Emotional support animals (ESAs) are different from service dogs in that they are not trained to perform a specific task that directly corresponds with an owner’s disability. Rather, emotional service animals can sense when their owner is experiencing negative emotions or high stress and provides relief by way of their comforting presence.

Emotional support animals may also help to distract their owner from these negative or anxious feelings as daily care is required for the dog, and certain routines need to be kept. As the owner completes these, they may feel relief from their emotional distress.

Most dogs can be registered as emotional support animals, as training is not necessary for a dog to be qualified. It is important to note that registering your pup as an emotional support animal may provide you with certain protections when it comes to housing and traveling. However, ESAs are not granted the same public access rights as service dogs, so it is important to read up on where you can and can’t take your emotional service animal here.

Similar to fully-trained mobility service dogs who help individuals with a physical disability, psychiatric service dogs (PSDs) are taught to help relieve the symptoms of an emotional or mental disability, such as depression, anxiety disorders, PTSD, or autism.

The capacity for emotional recognition is incredibly important in dogs trained for this, as understanding their owner’s emotions and interrupting negative thought processes or behaviors is a key part of a psychiatric service dog’s tasks.

Individuals who have a significant emotional or mental disability that affects their ability to live their day-to-day life will often be eligible for adopting a psychiatric service dog. These animals do need to go through a certain level of training and must complete vital activities for you, such as bringing medications, interrupting self-harming behaviors, or acting as reassurance in public. However, unlike emotional support animals, psychiatric service dogs will be given legal protections and public access rights in most areas.

You can read more about training and registering a psychiatric service dog here.

The Bond Between a Dog and Their Owner

Most pet owners may have already suspected that their dog can sense their emotions and will often act accordingly, and now you know that this suspicion is something backed up by several scientific studies. Dogs can sense sadness, at least to some degree, and may even attempt to help or become stressed themselves when they see their owner displaying negative emotions.

This natural sense is also what allows dogs to be trained as psychiatric service dogs or act as emotional support dogs by providing comfort and reassurance to their owners.

The takeaway from these scientific studies is that the bond between you and your dog is likely to be much more complex and emotionally intelligent than you may have first thought. The best thing to do is to take advantage of this bond by spending extra time with your dog, training them, walking them, and giving them affection, or maybe even training them to support you through service or emotional support skills.

We promise that you will receive back at least double what you give thanks to your pup’s amazing capacity for empathy.