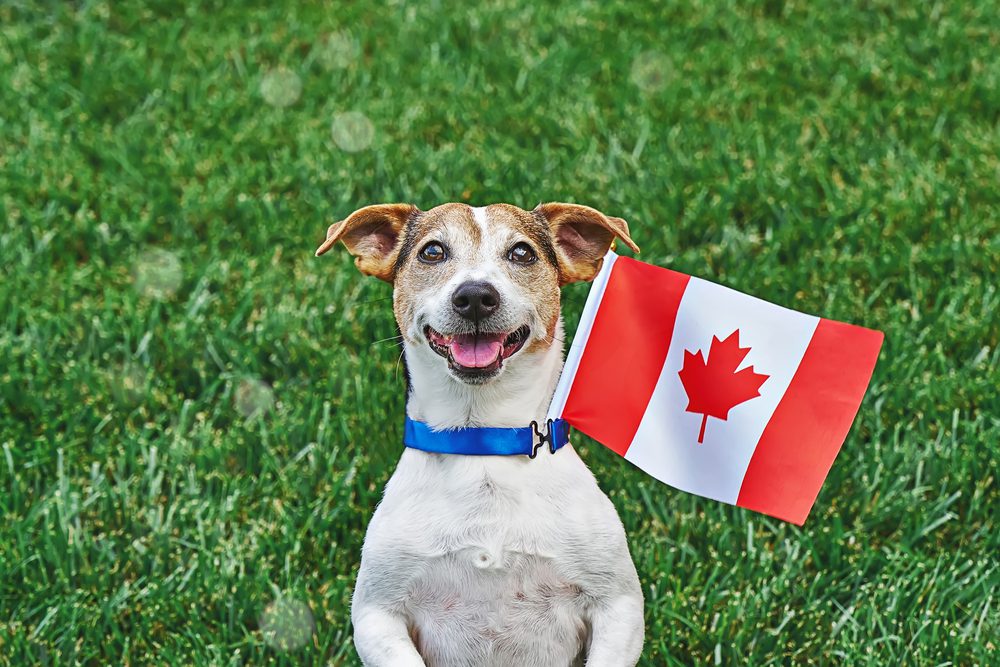 Whether you’re a Canadian resident thinking about getting an emotional support animal (ESA) or from a different country considering a move to Canada with your ESA, understanding the country’s laws is an essential piece of the puzzle.

Here’s how to navigate having an ESA, or traveling with your ESA, in the Great White North!

What’s Considered an ESA in Canada?

An emotional support animal (ESA) is a dog or cat that provides emotional assistance to their owner. People with trauma or mental disorders often find the presence of an animal comforting, and with proper documentation from a medical practitioner, they are sometimes granted legal protections different than that of normal pets.

Much like the US, the only item necessary is an ESA letter from a mental health professional licensed in your province. This letter will state that your companion isn’t simply your pet, but your emotional support animal who is necessary for your mental and emotional well-being.

Registration isn’t necessary for Canada to consider an animal as an ESA. Still, it can be helpful when it comes to navigating questions about housing in certain provinces as well as travel.

Emotional support animals aren’t required to undergo any special training to achieve their status. However, ESAs must not cause disruptions in public places; otherwise, you can risk being asked to leave. For this reason, basic obedience training and proper socialization are strongly encouraged.

ESAs are also not legally required to wear special attire like vests or leashes that say they’re an ESA. However, having your ESA wear these things in public areas can help deter invasive questions and unwanted attention (like attempts to pet) from strangers, so it’s recommended to do so.

Getting an ESA Letter

If you don’t have a licensed mental health professional in your contacts, the first step is to find one! Make sure that the professional is licensed in the province you live in or plan to move to.

Notes About Traveling to Canada

If you’re planning on traveling to Canada or getting your ESA from outside the country, there are some laws to be aware of when it comes to bringing animals in, regardless of whether they’re pets or ESAs.

Unlike many countries, Canada does not require a quarantine period or a microchip to enter and reside in the country. A microchip is still highly recommended, however, especially if there’s a risk of your ESA getting lost.

You can register your pet’s microchip and update all of your contact information for free here.

Canada does consider certain countries to be rabies-free. If you’re not traveling from a country other than the United States, see if your country is listed as rabies-free here. If you’re traveling from a rabies-free country with a puppy or kitten less than three months old, you don’t need any rabies paperwork. If your ESA is older, you will need a letter from a veterinarian certifying that your country has been rabies-free for at least six months and your ESA hasn’t been out of the country for more than three.

While the province of Manitoba has no breed restrictions, the city of Winnipeg does, so you shouldn’t expect to travel with your Staffordshire terrier, pit bull, or mixes of those breeds there.

ESAs don’t have much representation in Canadian law. In Canada, “emotional support animal” is not a title that’s legally recognized, which means that legal rights are limited. The same also goes for therapy dogs.

ESA laws depend on the province, which can get confusing, especially as certain laws are changed and amended. For example, traveling with ESAs for free on airplanes was covered under the Accessible Transportation for Persons with Disabilities Regulations, otherwise known as ATPDR, a federal law. However, the ATPDR was amended in 2021 and reclassified ESAs in the same category as pets, meaning they’re subjected to travel fees and possible cargo transport.

ESAs aren’t protected by any federal laws when it comes to public access, unlike service dogs which are legally allowed to accompany their handler in almost any public area. The allowance of ESAs is up to each individual business owner, much like pets in general.

If public spaces or crowds trigger symptoms like panic attacks, it may be worth looking into the process of getting a psychiatric service dog (PSD)! Service dogs have much broader legal rights, which means that you’ll always be able to have your companion with you.

The title of ESA not being recognized in Canadian law, combined with each province having a different take on what constitutes discrimination, makes housing tricky to navigate. So let’s break it down:

In Ontario, landlords aren’t allowed to have a “no pets” provision in the lease, which protects ESAs even if that wasn’t the initial intention. Getting an ESA letter is still important, though, just in case this law ever changes.

In these provinces, you can potentially negotiate housing with your ESA under the Human Rights Act. These provinces have specific language in their Human Rights Acts that names disability as something landlords and other housing providers can’t discriminate against. While landlords here are not legally required to approve an ESA request, this law certainly helps you build your case.

In every other province or territory in Canada, there are no laws granting specific legal protections for housing for your ESA to live in a dwelling that wouldn’t normally allow pets.

Because of their lack of legal recognition, ESAs aren’t legally covered for plane, ferry, or train travel in Canada, which means that handlers will have to pay a regular pet fee. No provincial laws protect ESAs while traveling, so, unfortunately, they will always be treated as pets.

All animals traveling by air in Canada may be subject to needing a health certificate from a vet clearing them for travel. Additionally, certain airlines may not allow dogs in the cabin, even if they’re emotional support animals. However, service dogs, including psychiatric service dogs, are always allowed in the cabin of a plane for free, no matter their size.

You should also make sure you have an appropriately-sized carrier for your ESA, as airlines will require it. Airlines will have rules about how big the carrier can be for cabin travel, but the most important thing is making sure it’s large enough for your animal to stand up and turn around comfortably. In the carrier, there must also be plenty of water for your ESA throughout the flight; a blanket and some other comfort items will help your ESA feel right at home!

Before booking any flights, it’s important to look at your potential airline’s rules and regulations when it comes to traveling with animals. As these regulations vary across air carriers, you should call if you have any questions. The same goes for train and ferry travel.

If traveling is something that triggers extreme stress or other psychological symptoms, looking into a psychiatric service dog (or PSD) may be worth it! PSDs have the same rights as service animals, so they’ll always be able to accompany you for free while you’re traveling. 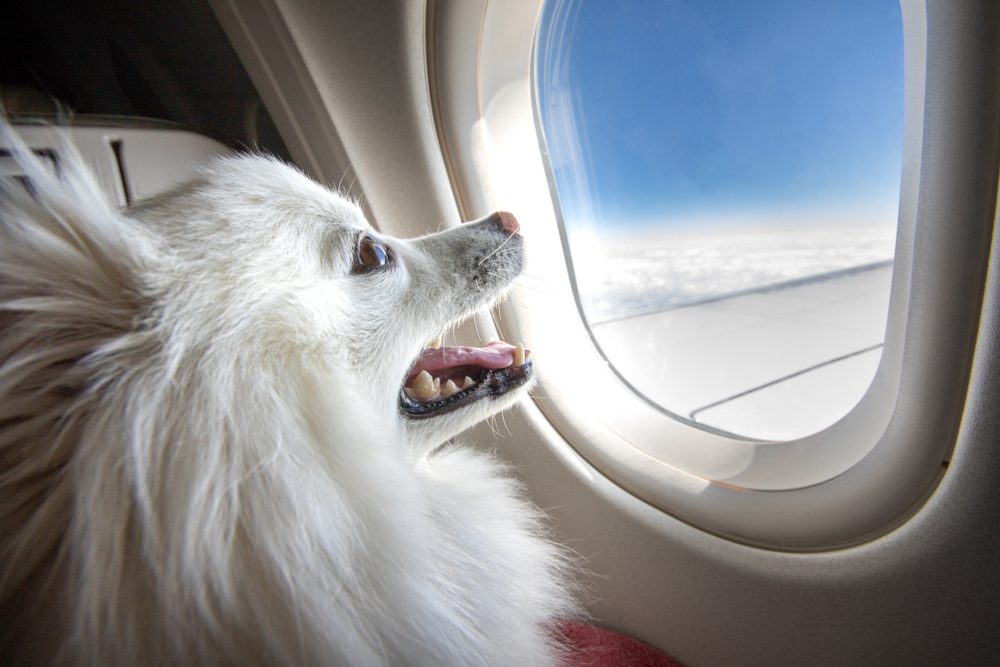 ESA Laws in Canada vs USA

Overall, emotional support animals have more legal coverage in the United States than they do in Canada.

One of the most well-known ESA-related laws in the United States is the Fair Housing Act, which legally covers the right to live with an ESA without a pet fee—even if pets are not usually allowed. The Fair Housing Act is a federal law, so it’s enforced in all 50 states as opposed to Canada’s ESA housing laws, which vary by province.

When it comes to plane travel, Canada and the USA are on par with one another since each country recently made amendments to their travel rules. Both countries used to allow ESAs to travel in the cabin without cost, and both countries have since changed the rules, so ESAs are treated as regular pets on flights.

Public access laws for ESAs are similar in both the USA and Canada. There aren’t any federal laws on the books, so the rules vary by individual businesses. Make sure you check in advance before trying to take your ESA out in a public place.

Service Dogs vs ESAs in Canada

Service dogs must undergo specialized training to be considered legitimate service dogs. In contrast, ESAs don’t need such training–they just need to be recognized with a letter from a licensed mental health professional.

Much like in the US, service dogs are federally covered when it comes to occupying public spaces. Service dogs are allowed to accompany their handler anywhere they go, whereas ESAs are typically treated with the same rules as regular pets and may not be allowed in stores or restaurants.

Service dogs are always allowed on trains, ferries, and airplanes with their handler free of charge, whereas ESAs are not.

Service dogs are always allowed to live with their handler regardless of the province. For ESAs, there aren’t any federal housing laws, so protection varies by province. This can lead to confusion and make moving difficult, especially since ESAs are treated as pets.

FAQs About ESAs in Canada

What Are the Consequences of Saying Your Regular Pet Is an ESA in Canada?

Misrepresenting your pet as an ESA can also potentially put people in public at risk (especially if your animal is unpredictable) and can give a bad reputation to legitimate ESA handlers.

Can an ESA Be From Anywhere, or Are There Breeder Requirements?

It’s not required to purchase an ESA from a specific breeder or vendor for that animal to become an ESA later on. An ESA can be obtained from anywhere one would get a pet and still be considered legitimate, and unlike service dogs, no special training has to take place. As long as a licensed mental health professional writes a letter stating that the ESA is providing emotional support and improving the well-being of the handler, the ESA is legitimate. 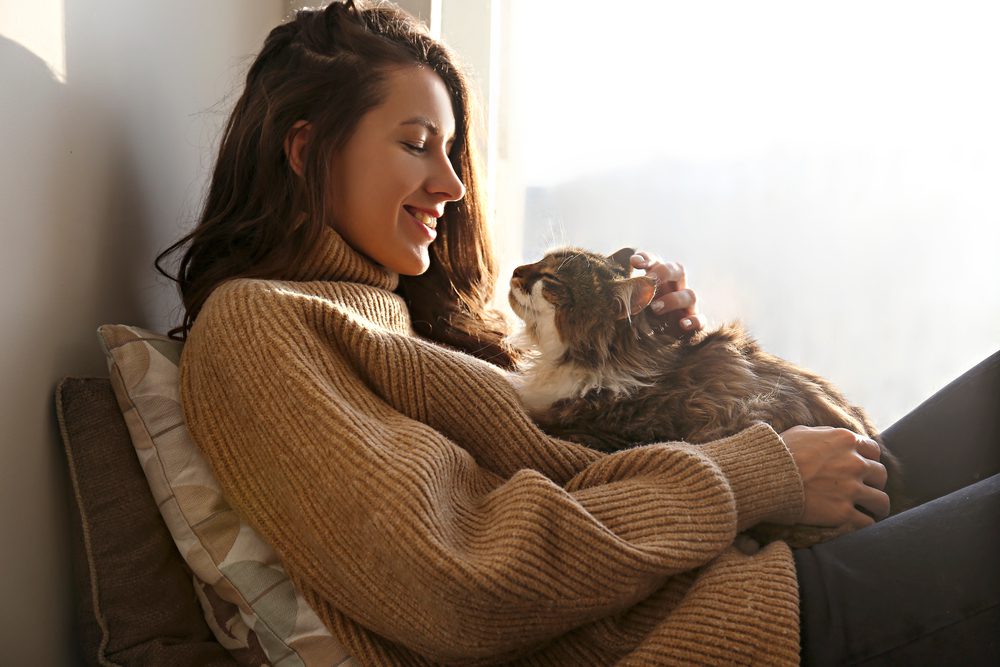 It can be hard to sort out how to get your emotional support animal recognized in Canada, but luckily the process isn’t too tricky once you find a licensed mental health professional! Even though there aren’t any federal laws providing ESA coverage, there are still plenty of reasons to move forward with getting your ESA recognized, especially if it will be helpful to you!